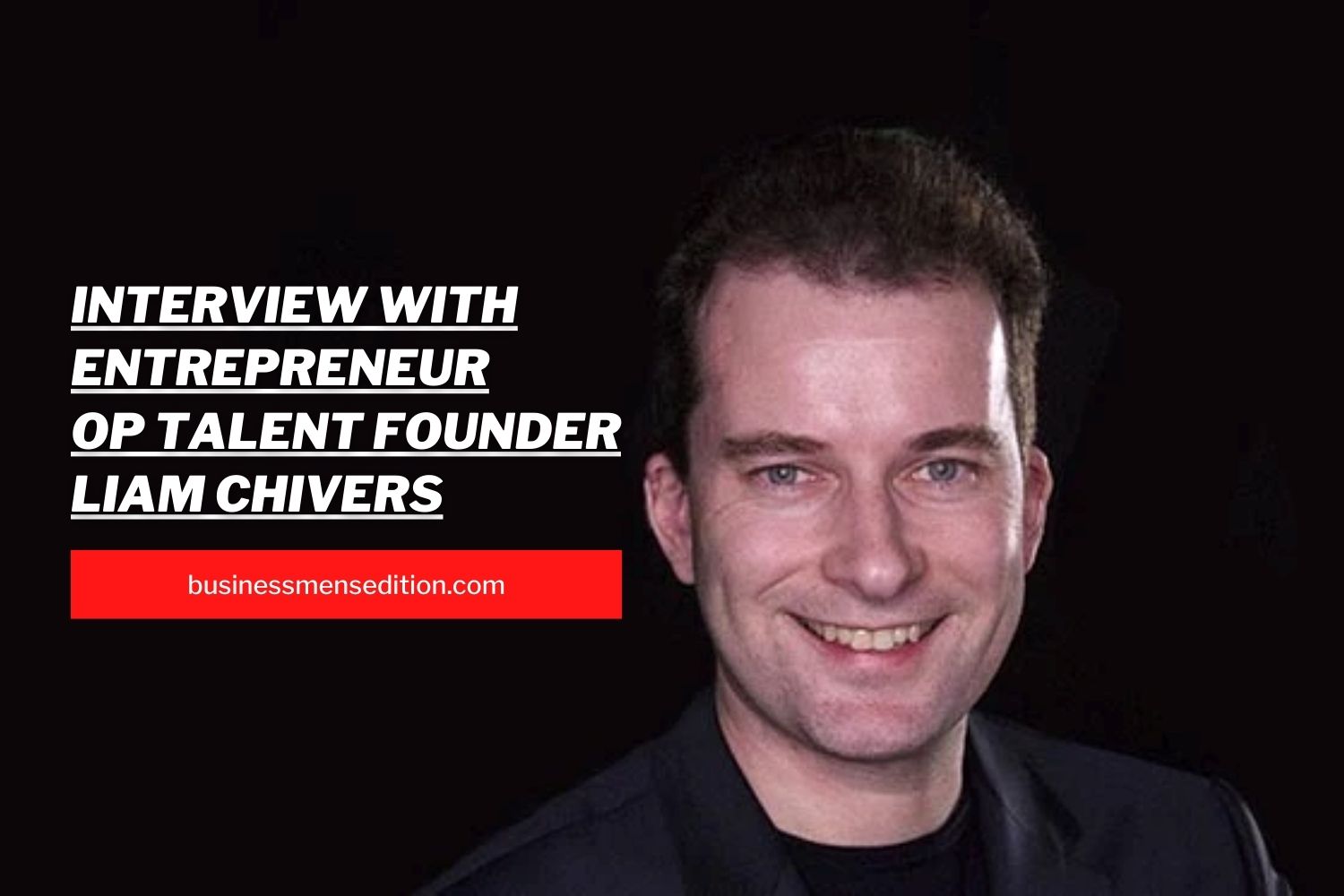 As the founder of OP Talent, Liam Chivers has worked with some of the biggest names in the social media industry, including KSI and Ali-A.

The entrepreneur believes that social media platforms like YouTube should be an integral part of any business’ marketing strategy, due to the untapped pool of consumers who use the sites daily.

In this exclusive interview, the Business Men’s Edition Blog sat down with the business management speaker to discover what inspired OP Talent and how businesses can harness the power of YouTubers and influencers for their digital campaigns.

As a pioneer of YouTube brand marketing and talent management, could you give some insight into the beginnings of your entrepreneurial success?

“It’s a while ago now I started OP Talent – which is our management agency – about nine years ago now. Prior to that, I used to work for a big German media company called Bertelsmann, they own Sony BMG Music and different big media properties. I used to be Sales Director of a division which did manufacturing; Germans are obviously very well known for their great manufacturing!

“Our business was in the gaming industry actually, so I would use YouTube as a resource just to see which games were coming out from all the big publishers. I was always coming across the same sort of YouTube channels, the same individuals and creators rather than traditional gaming journalist reviews. It was actual personalities playing the game which made it much more engaging and a lot more fun.

“Anyway, lo behold, I was in Los Angeles at the 2012 E3 Gaming Convention. It’s a huge industry event, the biggest in the world, and I actually bumped into my first YouTuber. It happened to be one of the guys I watched.

“We got into a conversation, and he started asking me about the gaming industry. We got chatting and he said, ‘do you mind if we swap Skype details? I’d love to ask you a few questions about some of my content’. I just thought he was being polite, but we swapped details and as I held up my phone, he said he liked my iPhone case, which was a Call of duty iPhone case that I had been given in a meeting.

“He said, ‘how do you get one of those?’, and I said, ‘well, I’ve got a spare one if you want it’. And I gave him the spare iPhone case and he said, ‘thanks very much… what’s your Twitter?’.

“He tagged me in a photo of the phone case and used the hashtag, ‘#E32012’, and I gained nearly a thousand followers off that one tweet within two days, it was just ridiculous. I learned how to turn notifications off because it was that ridiculous. I saw the influence and it was all Call of Duty fans asking questions like, ‘what’s E3?’, ‘how did you get to see the game early?’, how do I get one of these iPhone cases?’.

“I didn’t think anything of it. He walked off as he had a meeting, it wasn’t with any of the big exhibitors there it was just with a guy who looked a little bit shady in the corner of the room with a rucksack, I remember very vividly. And it turns out [the YouTuber] did a video for a brand-new product with this guy.

“So I thought, ‘well, I’ll have a look, see what he got up to’. The video was of him in a stairwell at the convention center reviewing a brand-new gaming controller. He did an unboxing video, as you’d call it, on his channel. The product blew up overnight. So, I thought, ‘maybe I should get one of these controllers?’. Everybody who was anybody who played that game wanted one of these controllers because it might give them an advantage.

“So, I reached out and said, ‘how do I get one of those controllers? Because I’d love to try it’. He introduced me to the founder of that company who kindly sent me one. And while I was talking to him, I realised this video had blown up to about a million views and the company was getting traction everywhere.

“I said to the owner, ‘if you don’t mind me asking, did you pay [the YouTuber]?’. He said, ‘no, but we let him keep the controller’. I said, ‘oh, that’s a great deal for you guys’. We started speaking about incentivising the controller so [the YouTuber] kept using it, promoting it, and sharing links in the video descriptions and on Twitter, to create an ambassadorship deal for him.

“I saw an opportunity there. I thought, ‘you know what, I could just make a few calls and see if there is actually something here’. And that’s really where it began.”

Why is it important for companies to keep up with the latest trends and technology, and utilise ‘modern-day mainstream platforms?

“One particular case study which comes to mind is a very well-known automotive company. A few years ago, we worked with Porsche to launch one of their cars, and instead of using a TV campaign, they worked with us and Google to create a YouTube video instead. It was a great video, but the one thing it was lacking was a personality to harness the YouTube audience.

“So, we worked with them to place Ali-A, a gamer, and great entertainer, as the face of the advert. He was raced around in a Porsche by a pro driver, avoiding drones around this really great dockland area, and they created a really fun YouTube video which went on Ali-A’s channel as well as the Porsche channel

“It received millions and millions of views; way more than it would have done if [Ali-A] hadn’t been in it!”

Do you believe that YouTube will maintain its current popularity and what do you predict will be the “next big thing” in the world of online entertainment?

“YouTube is the modern-day mainstream, in my opinion. People say, ‘is it the death of TV?’. No, it’s not. It’s just the combination now of two worlds where everything can be watched through a single screen.

“I think the only difference is its creators are more relatable. If you don’t harness the likes of YouTube and social media, you will get left behind. So, yes, it absolutely has value for the foreseeable future. You’ve got people like The Rock, Will Smith, and Jack Black, just three examples of people who have built big presences on YouTube.

“It helps keep them relevant in the eyes of their fans, in between their TV and movie projects. It helps their valuation when they’re doing movie roles. You know, ‘look at my following here, I can help promote the movie through these channels!’.”

What is your top tip for businesses struggling to succeed in this fast-changing, high-tech world?

“I think the top tip for businesses struggling to succeed in the high-tech world is you need to be prepared to embrace change. I think that goes right back to when I started OP talent. I was very much a physical media guy, I just happened to be in the right place to see them move to digital.

“I know it’s probably a cliché to say, ‘get ahead of the curve’ and whatnot. There are moments when you must be in the right place, but in terms of the high-tech world or the fast-changing digital world, it’s only going to continue in that direction. So, anybody who is still working in an old manner of non-social media and physical media, they must embrace that change because they will get left behind.”

This exclusive interview with Liam Chivers was conducted by Mark Matthews.

What To Do While Card Fraud Is Higher Than Ever In the UK? 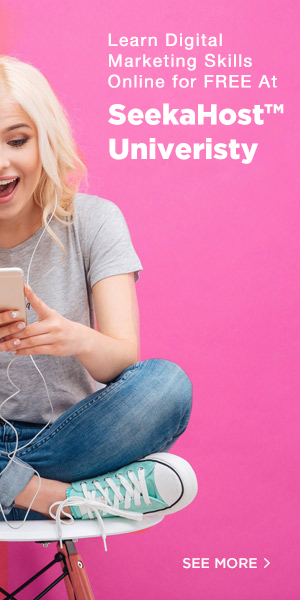